It's been another lovely day down at Bisley, but the tricky winds have continued. The combination of bright sunshine with cloudy patches is driving fast-changing, erratic winds which are pushing scores down; although one or two of the usual suspects are doing the business, which is always heartening to see.

The 300 yards Times competition went OK. I felt like the shots were coming more naturally and I wasn't having to concentrate so much on technique; however I still put the wrong wind on the gun for one shot to end up with a 49.7. Not a complete disaster though and seeing the Red Arrows fly over the range in close formation at about 500 feet brightened my morning considerably.

The big news of the day was always going to be the 1000 yards Corporation, which is pretty well known as the grave of many shooters' hopes in the Grand Aggregate. At 11:45 the bracket went from just above zero to over nine minutes of wind, with big rapid changes in between shots. I chucked a low shot in my haste to get my sixth downrange and lost another two to wind, but given the general conditions and the time of day, I'll take a 47.3 and live with it.

Unfortunately, as it turns out I managed exactly the same score in the Wimbledon at 600 yards so it's strictly one range at a time during this year's Imperial. The young chap shooting with me made the most of my inability to read the wind and stuck in a 50.5 with pretty good elevation too.
Must go and light the barbecue. Got the Jersey boys coming round in a bit.

Addendum - I very much hope that Mr McLaren will forgive me for posting the following photo without his permission but it seems to best express what I love best about shooting. 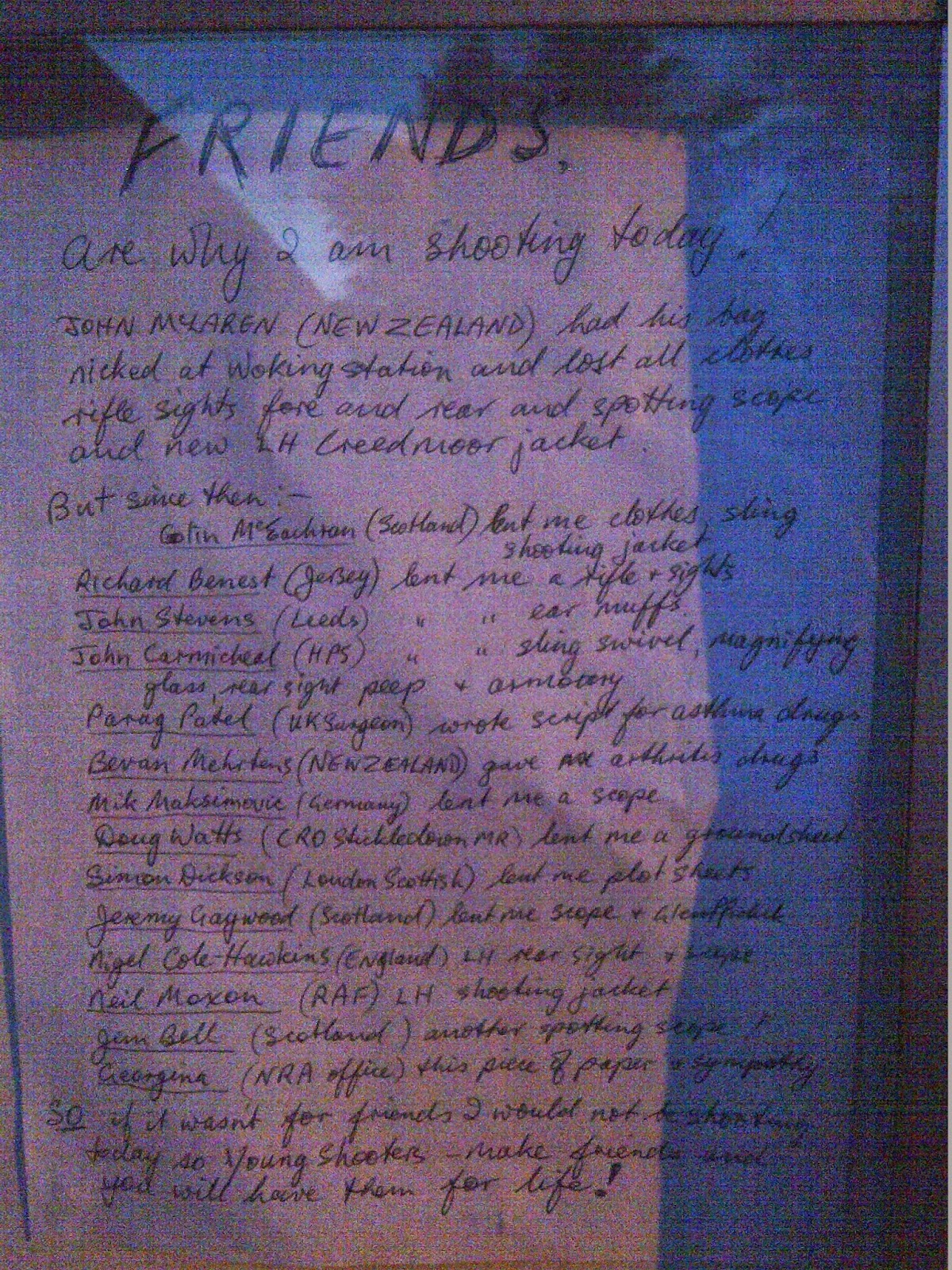